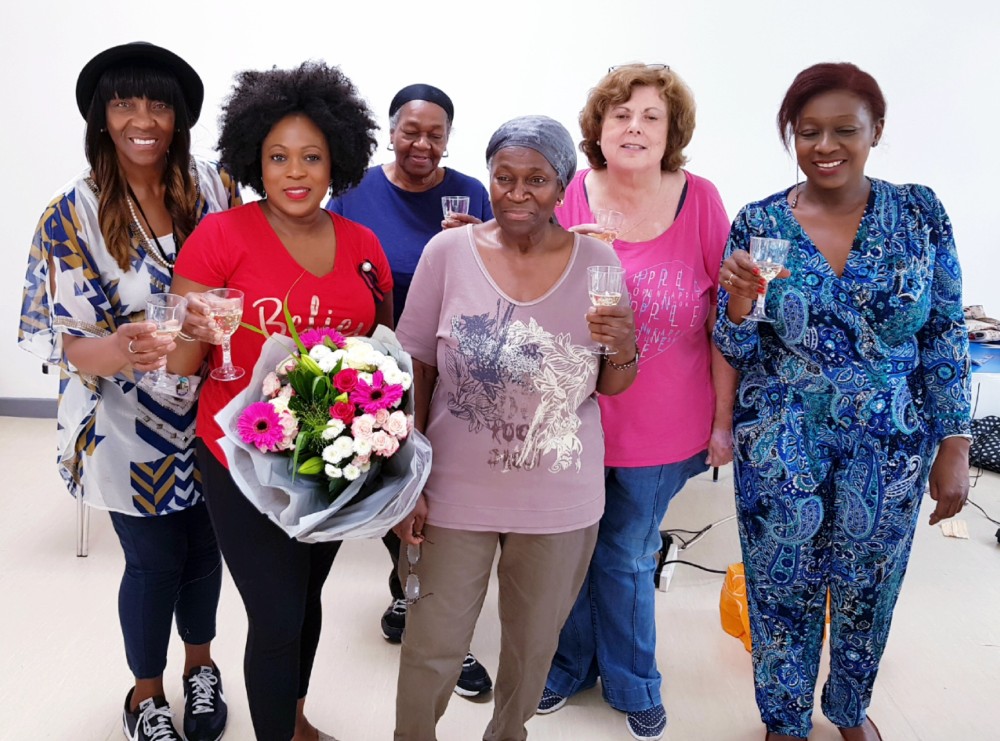 Innovation Fund Feedback from the facilitator of the programme Jacqueline Johnson

Jacqueline was awarded the Innovation Fund to run a series of six project based creative sessions, aimed at teaching women to sew one functional item and create a decorative item they can use and treasure.  It aims at getting women to unearth their creativity, learn new and valuable skills they can build on and find value, pride and confidence in their own abilities.

For every session, the workshop venue was set up with sewing machines, all necessary equipment, textiles, miscellaneous and refreshments for the participants. The sessions were planned for total beginners; as such the first session covered health and safety in the sewing room, an introduction to the sewing machine and other sewing equipment, followed by the actual sewing lessons.  All subsequent lessons progressed according to the pace of the learners until the end of the six weeks.

Jacqueline stated that the attendees were enthusiastic, punctual and consistent most of the time. They persevered even when some of the tasks were challenging and managed to complete both their projects by the final session. The programme culminated in a ceremony where attendees were presented with certificates of participation. This was followed by a little celebration with refreshments.

Jacqueline said that all but one participant completed the course and they found that the crafting sessions allowed them to engage positively with one another more and more as the programme commenced, which created some real connections. Participants were also very proud of the items they made and the fact that they got to take them home.

Jacqueline was pleased to the valuable and practical skills were acquired through the sewing sessions and the establishment of friendships among participants that was made. Feedback from the participants at the end of the project was that they would have liked sessions to be slightly longer and they would like to continue the crafting sessions, which is testament to how much they enjoyed the sessions.

Jacqueline fed back “The project achieved the desired outcomes during the six week period. Participants were eager to learn valuable new skills hence they were punctual and always up for a challenge. They also established some rapport and friendships. There were attendants from almost every target group the project was aimed at”.

Jacqueline also reported “Her plans for the future are to run seasonal workshops can be held for making useful crafting projects like Christmas gifts. This will help participants save money whilst they create and connect”.